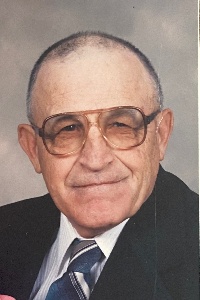 Arza James Byrd, age 89, of Chase City, Virginia passed away Saturday, February 5, 2022. He was born November 26, 1932 in Chase City and was the son of the late Richard S. Byrd and the late Beatrice Hawkins Byrd.

In addition to his parents, he was preceded in death by his wife, Leona Morgan Byrd; brother, Maurice Byrd; and sister, Sylvia Riggins.

Arza was a member of Black Branch Baptist Church and served as a Deacon for many years. He was a United States Army Veteran.

A special thank you to all the staff at Chase City Health and Rehab for their excellent care.

To order memorial trees or send flowers to the family in memory of Arza Byrd, please visit our flower store.